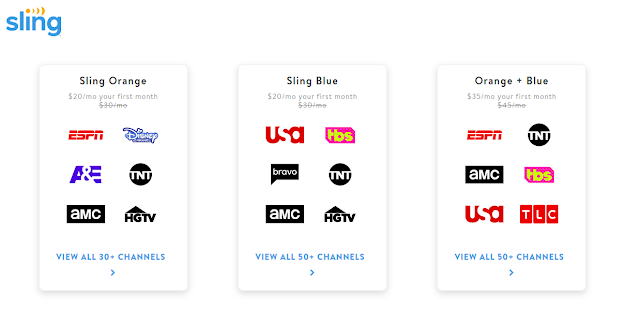 I made an article a week or so ago in defense of YouTube TV’s price increase, a stance I still stand by. Many users online are understandably upset about the new price, and that’s reasonable. Some articles are taking the discussion a bit further by suggesting that the price increase betrays the initial goal of YouTube TV and cord-cutting as a whole by offering content at remarkably low prices, which I disagree with.

The problem comes with the channel lineup. The service initially cost $35, and you couldn’t subscribe unless YouTube TV had agreements with the local channels in your market. Even if they did, some notable cable channels were missing, like Turner channels TBS, TNT, TCM, CNN, and Cartoon Network, as well as the Discovery channels, like Travel, HGTV, and Food Network, and they didn’t have any PBS channels which is still the case on other live TV services. With every addition of channels came a price increase. First $5 more, going to $40 a month, then $10, to $50 a month. Which brings us to a few weeks ago with the addition of the Viacom channels Nickelodeon, Comedy Central, MTV, and others, bringing the cost up $15, to $65 a month. This was the last straw for a lot of users, so much so that YouTube TV’s support page indicated the increased call volume. While Viacom is the easy target here, YouTube TV has stated in the past, much like Sling, they still haven’t turned a profit, so while $50 to us was a better price, I’d have to imagine that at some point, YouTube needed to increase the price to survive (or to give Google a justification to let it continue to live), so that price was bound to go up anyway, regardless of the addition of more channels, compared to other live TV services like AT&T TV Now’s similar price increase sans more channels.

The problem with live TV in general is the more channels you want, the more it costs. Cable providers pay the cable channels in order to add them to your lineup. Meaning a service like YouTube TV is the middleman between you and the live channel you want to watch. The cost for live TV only gets higher when you factor in the retransmission fees for the local channels, the higher rates sports channels like ESPN charge, and of course the bundled channels that you are forced to get. If you want Comedy Central, you must carry CMT. If you want ESPN, you better carry Freeform.

Few cable providers have been able to break the business practice of bundling. Sling is one of them, giving you the option of a few base packages. One comes with ESPN and the other Disney-owned channels, and the other comes with the Fox and Comcast owned channels, each at $30, or you can get both for $45. Then you can add other packages like Comedy, Kids, News, Lifestyle, Movies, and even more Sports, all costing around $5 each, with the extra Sports package at $10. You don’t get any locals with Sling, but that $30 base price may be enticing, so long as you don’t compare it to the feature set of YouTube TV. Spectrum also offers a few a la carte options, but their service doesn’t have a DVR, and you have to have Spectrum internet to get it.

YouTube TV comes with features that other services can barely match. If you option up Sling to match the channel lineup of YouTube TV, with the enhanced 50 hour DVR (without the ability to skip live commercials, only DVR’d ones), the price is $62 a month, and now you have to figure out how to get your local channels. The same goes for Hulu + Live, which starts at $54, then you add the enhanced DVR which totals up to $64. If you really want to save a dollar or two, be my guest, but if you are looking for a true cable alternative that can match the experience you had with traditional cable, YouTube TV is it. It may cost the same as the introductory rate of cable, but at $65 for YouTube TV, there is no introductory rate, and you don’t have to rent equipment or worry about what devices it supports. It works, and it works well.

All that being said, I asked myself whether or not I was getting the full $65 use out of YouTube TV, and I found that I really wasn’t. Especially when the shows I wanted to catch up with the next day had clips officially uploaded to YouTube, it really made me question why I was paying for YouTube TV in the first place. I’ve said before that I like the feeling of live TV, both from the perspective of being indecisive with on-demand services, I can just put on a channel and it’s already playing something, coupled with the feeling of connectivity with other people watching the same thing at the same time somewhere in the world.

While Pluto TV, Peacock’s “channels” tab, and other similar channel services are pretty good at matching that live TV feeling, especially for free, I still like having some traditional live TV channels, but maybe not for $65. So, I went back to Sling with their base Sling Blue package at $30. I was going to go with Philo, even though it has the superior experience, there were a few channels I like having that are on Sling. Plus, I have an HDHomeRun connected to my antenna for the local channels so I can get all those across my devices.

At $65, it’s understandable that YouTube TV’s users aren’t happy with the price. It’s fair to have the opinion that it costs too much, an opinion that I share considering how often I actually watch TV. But when you compare the cost to similar online live TV services, and then compare it to traditional cable and satellite providers, not only is it a better deal for the lineup and features which don’t require any additional upgrades or rentals, but it’s a solid service for those who came from cable looking for the best cable experience without the cable. Its goal of providing a superior live TV product has been met, now if they can just work on offering packages like Sling to bring the cost down and provide an a la carte service, I and many others will be much happier. I believe this may be something in the works, as when the Viacom channels were added, some of ones missing like MTV2, Nicktoons, MTV Classic, and the other upper package staples were explained to be added at a later date. This either means they will be added to the lineup as is (hopefully without another price increase), or YouTube TV will introduce a package system. So, stay tuned.